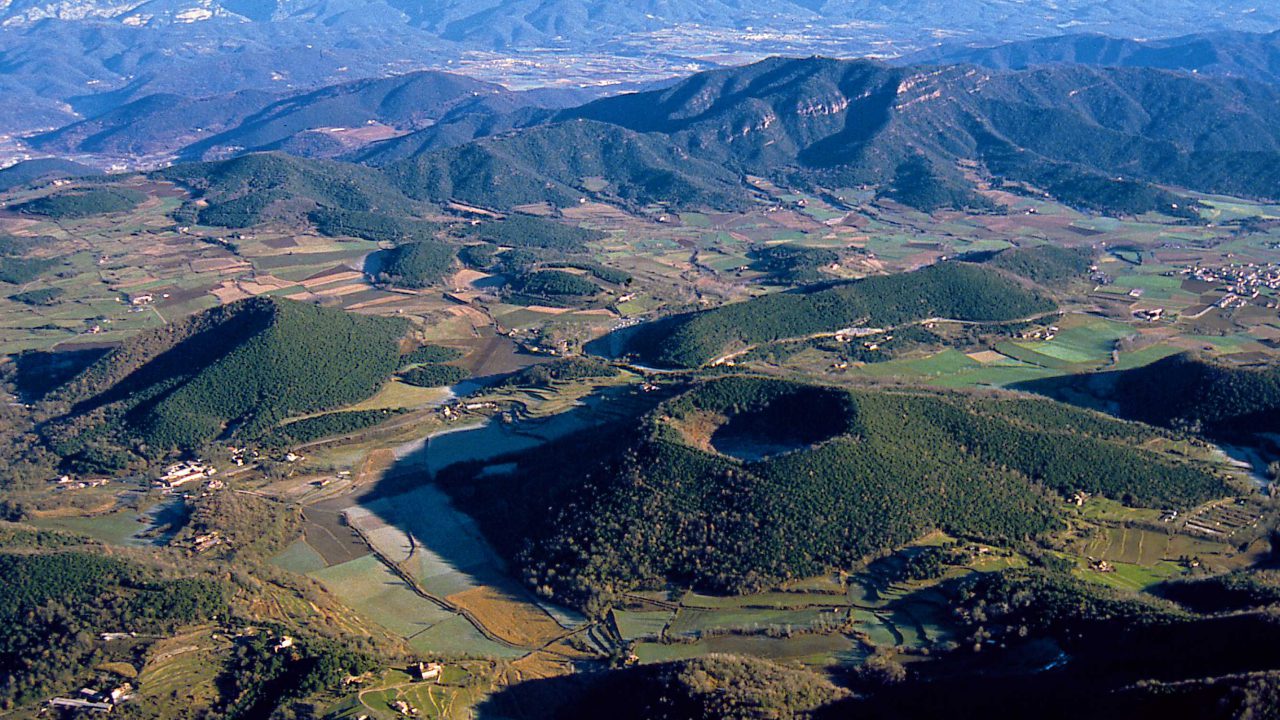 The Garrotxa Volcanic Area is a prime example of volcanic landscape of the Iberian Peninsula and one of the largest in Europe. In 1982 he was declared a Natural Site of National Interest with areas of Interest Geobotanical Integral Reserves. The park covers some 12,000 hectares, within which have been recorded thirty-eight volcanic cones, the area is mid-mountain, and extends from the 200m height of the Castellfollit de la Roca until the Puigsallança 1100m, the highest point of the mountain range of Finestres.

In the Natural Park of the Garrotxa Volcanic Area Cooperative we’ll visit the Cooperativa de la Fageda. This lactic plant is a Catalan initiative social non-profit cooperative that aims to socio-occupational integration of people of the region of La Garrotxa suffering a mental disability. The visit lasts approximately 1h. Then begin a tour of the volcanic area that will allow us to visit the Fageda de’n Jordà, a beautiful beech forest, the Santa Margarida Volcano and Croscat Volcano, which has many different layers of lava that are easily visible in one of its slopes.

In the picture you can see and air view of the volcano of Santa Margarita, one of the most important of the sector, 682m high and a crater perimeter of 2000m. In the center of the crater one finds the church of Santa Margarita, of Romanesque origin. Its last eruption dates back 11.000 years.