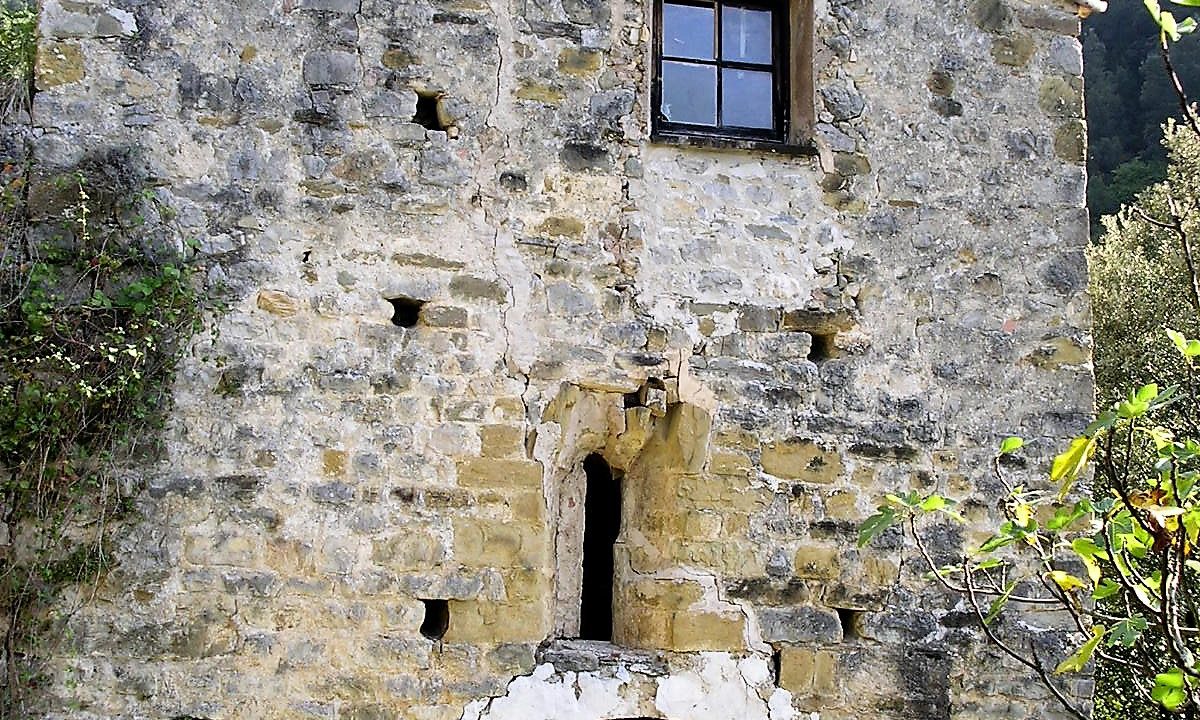 Santa Bárbara de Pruneres, Romanesque church dating from the twelfth century or early thirteenth century. In the seventeenth or eighteenth century the stone cover which forms the original building was dismantled and placed it on a more robust, which could be useful to soften the harsh inclement weather, or provide a defensive enclosure at the time when there were riots social. This small church has an exceptional view of the Valley of Oix and the many peaks that surround it, as well as the spectacular crest of Ferran. It seems the perfect place to illustrate the legend of Santa Bárbara, tortured and beheaded by her father for his Christian fervor. As the cruel parent divine punishment was struck by lightning and therefore relates to this holy rays, lightning and storms.

The route starts at the same Oix, where we ascend to Santa Barbara de Prunera, visit the chapel and enjoy the wonderful views of the place. Then descends to the hermitage of Mare de Déu d’Escales and continues to the top of Ferran, descending the other side until Talaixà. We return to Oix by the “Vall d’Hortmoier”, visiting King’s ancient oaks that are halfway.