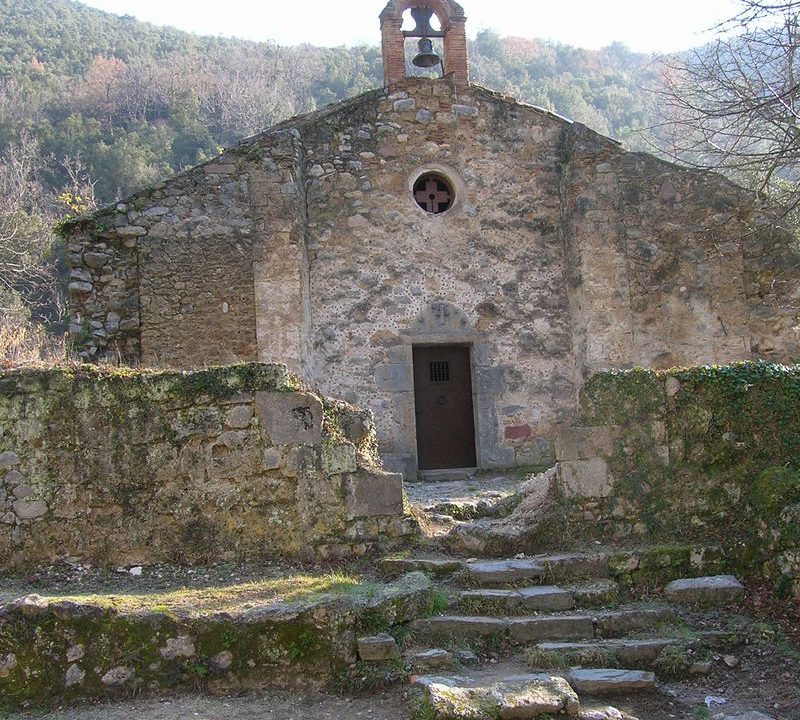 Sant Aniol d’Aguja is one of the most emblematic place of the Alta Garrotxa, a breathtaking landscape of limestone shaped by water, small pools filled with clear water. The name “Aguja” comes from Latin aquagium, which means channel or narrow passage of water between cliffs.

The tour begins in Sadernes and allows us to visit the hermitage of Sant Aniol, which is originally from the eleventh century, although it was founded in the ninth century by monks fleeing the persecution of the Normans, with subsequent amendments.

We’ll see the impressive “Salt de la nuvia” and arrive at Sant Aniol. Following the river we’ll reach the spectacular waterfall of “Salt del Brull”, one of the attractions of the route, a curious 25m high waterfall, a meeting point for many canyoning enthusiasts.