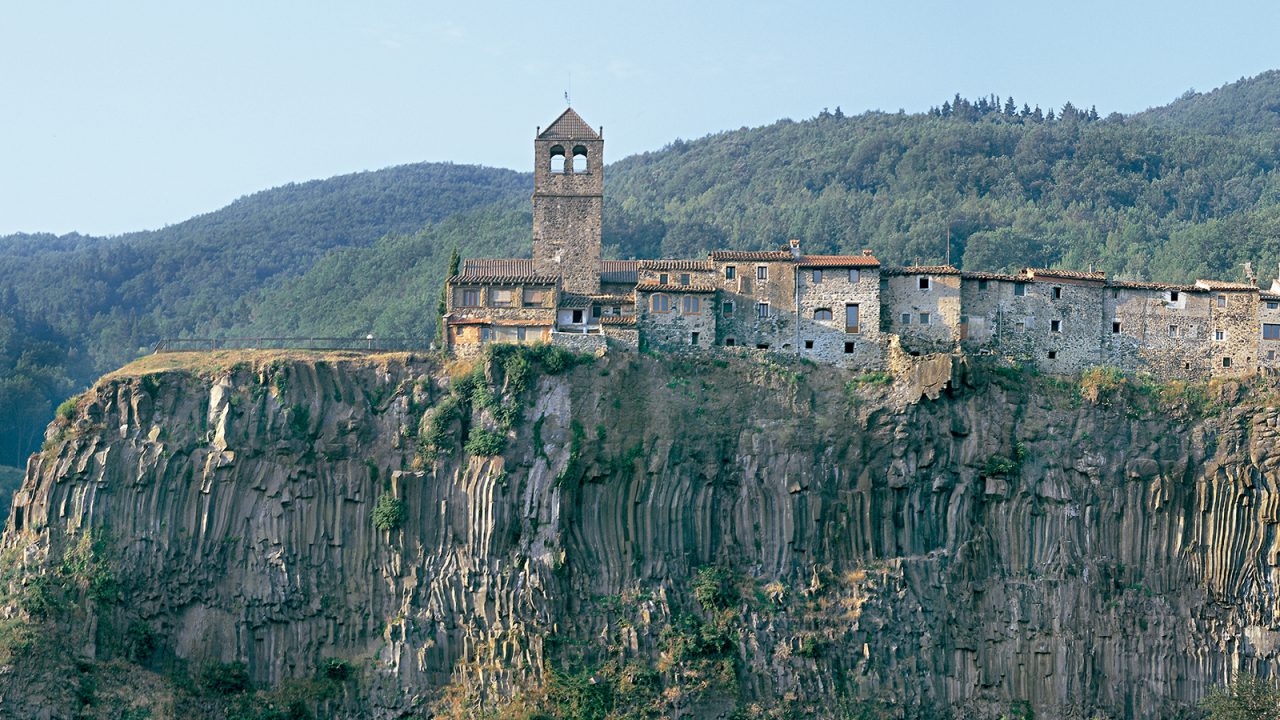 Castellfollit de la Roca, a town bounded by the confluence of the rivers Fluvià and Toronell, amid which stands the spectacular basalt wall on which is the village. It’s a basalt wall of 50m height and almost a mile long, and is the direct result of the erosive actions of the two rivers on the remains of lava from volcanic eruptions that occurred thousands of years ago. When the lava solidifies resulting basalt, rock of great hardness, and it takes different forms depending on the cooling process, contraction and cracking of the lava.